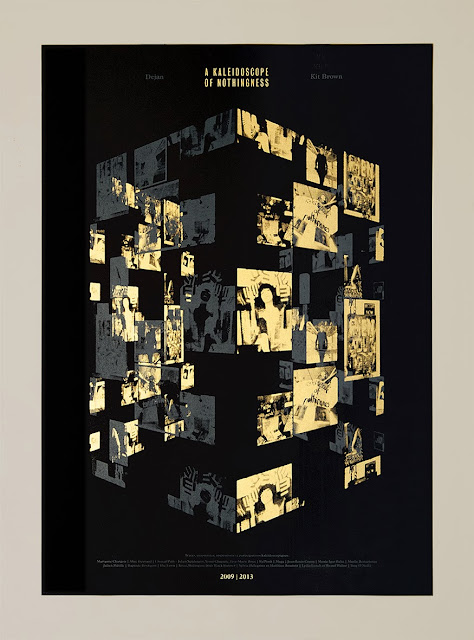 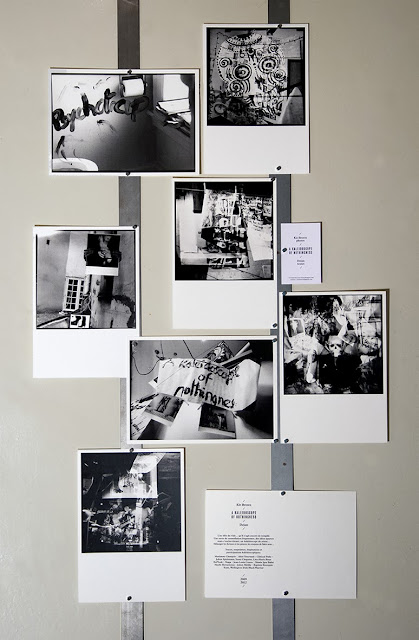 the value of nothingness...
the price of a kaleidoscope...

The void, the photographer and the kaleidoscope


The void, the photographer and the kaleidoscope

He closes his book with temper. No will to continue, to struggle with these obscured thoughts. Words everywhere around him ; piles of books, copied quotes all over the wall and attempts of his own texts from him too… he only tries to though, cannot go further than fragments. What he does from his own interpretation of reality is as weak as his life seems desperate to him.

“Just my imagination… running away from me”
Rolling Stones

Even listening music gives him the impression of losing his time. He has to work, to go back to the text, as complicated as Deleuze can be… Why? What’s the point? What for? Let’s get loose ! After a quick and disgusting coffee ; the one euro packet. Though time for the poor writer’s challenge… lost in the thought’s web, trapped within the superimposing of ideas, concepts and projects… Trying to do one thousands things at the same time, deeply stucked in the XXI century. It goes too fast, too quick… too many signs, too much light and electricity; movement and fury! Madness and disaster!

There is so many different entries in this hazy society surrounding us… Why did he came here? For what reason? And what reason has to do in there? A dream coming true or a fantasy he’s trying to chase? whatever! So he came to Paris, trying to become what they all did before… full of energy and desires, a romantic point of view… confronting an ideal past floating in the valley of utopia with a furious present consuming around him.

Don’t give up! Feed yourself with art, go around these streets and feel and observe. Dive into the pool of unconsciousness this world went in… be a witness of its deconstruction! This is why he came for in a way. He prepared his stay during a long time. He considers it as a once in lifetime possible experiment, no way to fuck it up. Anyhow he’ll make it through; even he has to cross loneliness and misunderstanding.

It’s funny how we can have hopes and dreams about the future, like if a simple change of space and time would cure all the inner fears or something. Always projecting ourselves in better state of mind, happier conditions… the will of easiness to come… He was constantly thinking about the book he would write in Paris, the places he’d visit and so on… being free to work, alone and six months in front of him… meeting crazy people everyday, walking in those famous streets with the big names of History and literature in his head, visit the legendary museums and contemplate the masters of painting. Cultural ecstasy! Artistic climax! He could imagine himself walking with frenzy with Tropic of Cancer under his arm reading his old bud with bulimia, crossing the city with Miller.
Anyway he could, he was preparing his experiment in the best dispositions… A book about the historical repetitions… Taking one place, Paris actually and let evolve four different times in the space. A schizophrenic journey! Like if Rimbaud and Artaud were making the biggest scandal of Saint-Germain-des-Prés’s history together with Guy Debord and an astonished citizen of the twenty first century… The biggest challenge was first to select the appropriated periods of this strange human history we know about. Most of his cultural heroes lived or went through Paris, at one point at least, so let’s dive into the worlds they’ve all been through and make it one imagined universe out of time. So the fucked up 60’s, the fucked up 20’s, the fucked up 2010’s and the fucked up 1870’s… How to construct such a novel? So he reads like a desperate student who didn’t learn quick enough for his exams… why so much hurry? He reads at the same time books about the history of Paris, sociological books about the cities, the surrealists writers, about the dada movement and Rimbaud, about may 68, Deleuze and Debord, Zola… it’s never enough, he’s always behind his work. So he got sent into the Library of Babel, without knowing it yet… Trying to construct the book, he makes plans, takes remarks and so on. He’d like to be able to have a vision of the whole thing before throwing himself in the never-ending fiction’s possibilities.
So he was full of hopes and energy… but as the beginning of the experience would approach, he’d feel the strange feeling coming from the abyss’s of his body. He built up a strong believe in his mind that being away from his girlfriend would be fine, she’ll come and meet him there, so no way to worry for one month. He’d give jealousy a kick in the ass! He’ll be strong and adult this time… No fuck around he promised himself. Trying to avoid the useless waste of time caused by his lack of self-confidence…

So he got there. The first few days were happy. Summertime and her presence nearby… nice way to start… But he could feel the hidden fears, the gloomy shadows ready to go through his body and make a hell of his life. Unable to name them and to see what’s to come, he tries to enjoy those few days of weightlessness, this bracket of illusion within a furious reality just around the corner. And it consumed itself, the easiness of course!

And then the void came…
And it came tremendously, without any warning! Fucking emptiness! The sensation took him right at the bottom of the guts, right there on the platform when he was sayin’ goodbye… Crying all the sadness inside of him, all the fluid he could get rid of, feeling lost, empty and desperate in the middle of this never ending city. For the first time, he’s fully confronted to his own self… he dreamed about it, saying it was he’s only way to experiment the spirit he came to seek… Again the bitter gap between what he thinks and what he lives scares the shit out him. Back to the room he’ll live in during his stay in the capital, he has a quick and lonely look around: beside all the books and his papers, all he can look at his the sexy little shirt she forgot… a material ruin of her celestial presence in the room… like her smell still floating… and then it disappears. All he has is a few euro left, a little bit of weed and the affliction he carries around!
Publié par Dejan à 12:45 Aucun commentaire: